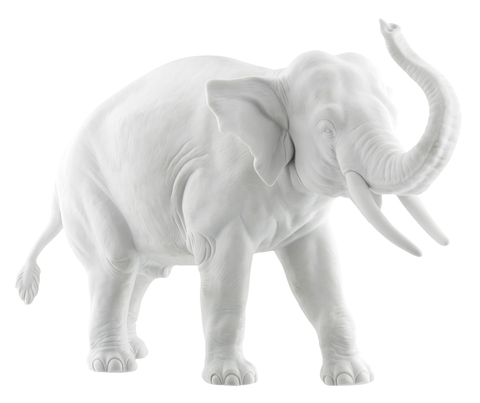 ($1,525 deposit)
How does payment work?
ADD TO CART ADD TO PROJECT GIFT

When August Göhring started out as a sculptor at Nymphenburg in 1914, he was mainly occupied with the reconstruction of historical figures. However, his precise, analytical perspective of man and animal soon saw him designing his own figures. Prominent examples, such as this elephant with raised trunk, are among the most successful models.

Do you need it sooner? Inquire for rush delivery.

Email us at [email protected]