Bex Simon is an artist blacksmith who has the ability to transform a hard, unyielding material into apparently soft flowing organic forms that still maintains metal’s robust characteristics. Influenced by the environment and texture and the Art Nouveau period, Bex takes shapes from nature and uses them as template to create stunning designs that marry form, function and fashion.

Bex’s career as an artist blacksmith started by working with clay and fabrics while studying at The Surrey Institute of Art & Design University. She received a degree in 3-D design from the institute before receiving a national certificate and diploma in blacksmithing from Hereford College of Technology. In recognition of Bex’s potential as an up-and-coming artist blacksmith, she has been awarded two bursaries from the Worshipful Company of Blacksmiths and a ‘starting up’ loan from the Prince’s Trust to help kick-start her career.

Bex is based in Surrey, UK. 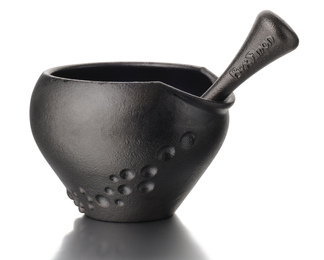 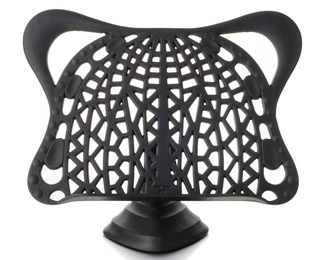